The Peace and Development Organization (PDO) Sindh, was established in 1997 as an independent non-profit, non-political and non-governmental Organization working for the uplifts of human rights in Pakistan. It is registered as an NGO under Social Welfare Agency Ordinance 1861, Government of Pakistan in 2012.

PDO endeavors to serve humanity, work for human development and to help the oppressed and the disadvantaged group.

A civilized society can only exist when the citizens of the state know their rights, respect their rights and fulfill their own obligation to society. It therefore follows that knowledge of human right and dignity is the very basic of a civilized and democracies states. Though there have been great advances in human rights over the past 69 years, we have just concluded a decade in which the world witnessed human rights violations that were shocking in their scope.

This course is an attempt to place the issues of human rights in perspective by analyzing its cause and effects as well as ways and means of tackling it and developing the individual’s awareness of the ways and means by which human rights can be translated into social and political reality.

An attempt is made to broaden and strengthen the human rights community and, at the same time, encourage enhanced strategic thinking and more effective action in the defense and promotion of Human Rights.

Regrettably, youth men and women of our country are facing a crisis of identity and ideology, because of the economic, social and political crisis, through which our country has been passing. Some talented youth, in frustration, are leaving the country resulting in major ‘brain drain’ and loss of talent, which is already in short supply, some angry youth men, in disgust and defiance, have taken up violent ways of crime and terrorism. Others with weaker will, in despair, have taken refuge in drugs and in some extreme cases, even resorted to suicide.

Peace and Development Organization (PDO) Sindh, wants to target the youth and to motivate them to adopt a positive and constructive approach and mobilize their creative energies to remain in Pakistan to serve their country, to work for promotion of human rights, Social Justice, Social Peace, Stability and Public Order. The older generation has the responsibility to inspire and to motivate the youth and to guide them to accept the challenge of peace, social justice, economic development and protection of human rights.

At the moment PDO is busy in the field of advocacy awareness raising for Labor, youth education, self-employment, women and Gender, Environment protection, Food and poverty.

Designed and Developed by WEBEX DESIGNER 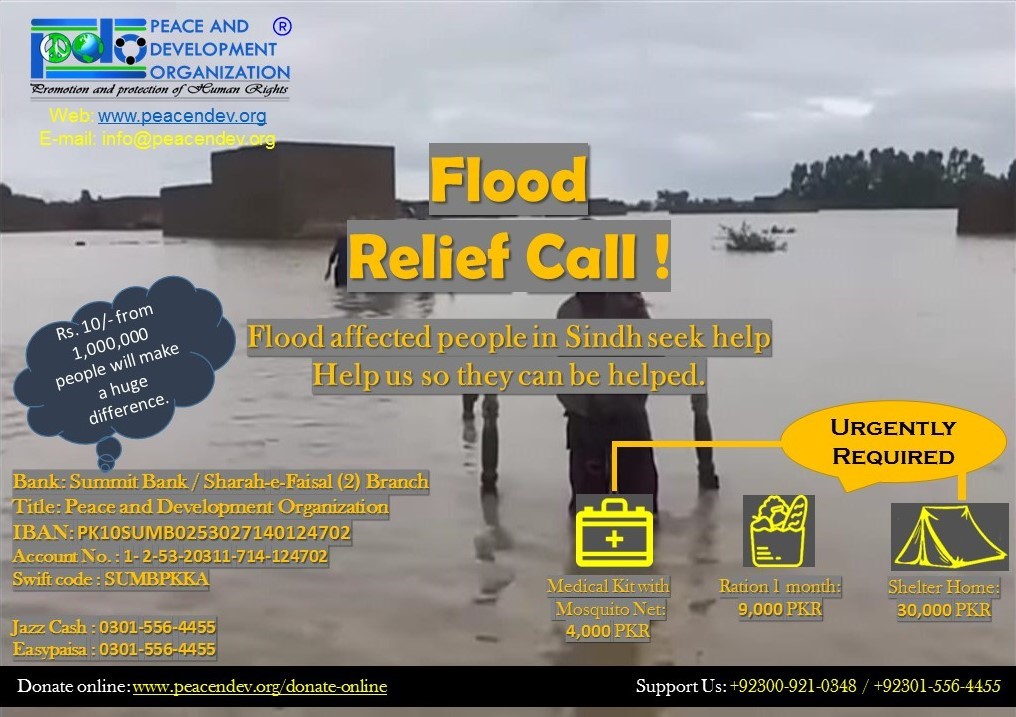